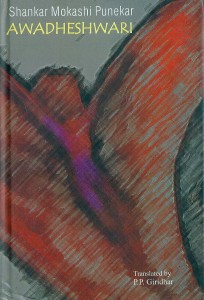 Shankar Mokashi Punekar (1928-2004) was a well-known Kannada novelist, poet, literary critic and translator. Known to be radical and non-conformist in his views, Punekar’s output was prolific. He wrote extensively in Kannada and English – in varied genres – novels, short stories, poetry, and literary criticism.

Deeply critical of the modernist movement in Kannada literature, his own literary works were rooted in the past – not just in terms of the time period he set his works in, but also in terms of the narrative styles he employed.  Gangavva Gangamayi, considered to be one of the first existential novels in Kannada literature, was based in the days of the freedom struggle. It essentially was a study of the clash between orthodoxy and modernity. His other novels include Awadheshwari and Nata Narayani. His non-fiction works include a comparative study of Western literature and culture and a study of Kannada literature. One of his English works that is worth a mention is  Mohenjodaro Seals, a study of Harappa-Mohenjodaro seals, in which he explains his own theory and interpretation of about 100 seals.

Awadheshwari was first published in 1987. This translation, by P.P. Giridhar, a well-known scholar and translator in his own right, was published by Sahitya Akademi in 2006. It is a political story set in Ayodhya in the Vedic times. The first half of the book tells us the story of the Queen Purukutsani, and the second half is about her son, King Trasadasyu, as he tries to come to terms with secrets surrounding his birth. It also details Trasadasyu’s conflict with Vrisha Bhatta, a Rig Vedic Brahmin and his father, the cunning, lowly Bhima Bhatta.

The book begins by telling us of the incestuous marriage between Purukutsa and his sister Purukutsani, decided by King Mandhata, their father and some royals. This union is so ordained to maintain the pure Egyptian blood of the dynasty. The marriage is not consummated and soon the philandering Purukutsa is taken captive by a rival kingdom. Queen Purukutsani then takes over the reins of Ayodhya, ruling  with astuteness and sagacity. Upon the advice of her guru, Sage Devadema, the Queen performs the niyoga ceremony with Simhabhatta, a Brahmin from Ayodhya and Trasadasyu is born. Trasadasyu grows up believing himself to be the son of King Purukutsa till Vrisha Bhatta and Bhima Bhatta start their mischief. How Trasadasyu grapples with this dilemma, tackles Vrisha Bhatta and establishes himself as the great King forms the rest of the story.

Awadheshwari was a difficult text for me to read – maybe because I approached it like any other novel in English. It is not really a novel. There are way too many lengthy plots and subplots running through it – some of it unrelated to the two main threads mentioned above. It reads closer to the Indian storytelling contexts – where in unrelated stories are threaded together in a vast epic. This is where Punekar explicitly steers away from the modernist forms of writing. The narrative structure is more like a set of unrelated happenings, occurring at the same time in different places, that is being retold by the author. The author re-creates the Vedic times vividly and in an engrossing manner. Once I got past the first 100 pages and got a hang of the writing style, I was hooked.

What I found particularly interesting was the way he uses both Vedic hymns and the Harappa-Mohenjodaro seals and re-interprets them in the story of Trasadasyu and his conflict with Vrisha Bhatta. The author does not believe in the old theory of Aryan invasion but falls more in line with the alternate view that believes in the indigenous growth of civilisation in India and equates the Harappan civilisation to the early Rig Vedic times.  So according to Punekar, the people who composed the Vedas are also the ones who built the Great bath at Mohenjodaro. He takes one Vedic hymn that talks about Trasadasyu and proceeds to explain how one of the Harappan seals depicts exactly the same story.

Another interesting aspect of the work is the way in which S.M Punekar fictionalises the known Vedic myth/story.

Purukutsa, one of the sons of King Mandhatri/ Mandhata of the Ikshavaku dynasty (solar dynasty) has been mentioned in the Rig Veda as a famous, generous, good king who ruled Ayodhya for a long time. (The great sage Muchukunda who is mentioned in the Mahabharata is another of Mandhata’s sons.) Purukutsa’s sons include the great king Trasadasyu and Trishanku (who is said to be stuck in his own space between heaven and earth – caught in between Vashishta’s and Viswamitra’s rivalry, all because of his own desires.)

What the author does in Awadheshwari is that he portrays Purukutsa in a particularly negative light and makes Queen Purukutsani a strong female protagonist. Purukutsa is indolent, hedonistic, leading a debauched life. When he is busy chasing and fulfilling his baser desires, the Queen Purukutsani takes charge, subsumes her personal disappointment and rules the kingdom effectively. Purukutsani is sagacious, brave, kind, respected and loved by her people. For the sake of maintaining Ayodhya’s sovereignty, she rejects a marriage proposal from a neighbouring king. And she performs niyoga upon the advise of her spiritual preceptor.

If the book is a difficult text to read, I can only imagine how difficult it must have been to translate!

The overall translation is good but what did irritate me is the verbosity of the language. The sentences were too long and could have been made simpler and shorter. There were a couple of errors that I spotted – one instance where the names of characters have been interchanged; and another wherein a footnote appears on the wrong page. An introduction explaining the literary and historical context in which S.M. Punekar wrote this work and also mentioning the known Vedic stories would have added immense value to this book.

Despite these minor irritants, Awadheshwari is a highly recommended book. Not at all surprising that S.M. Punekar won the Sahitya Akademi award for this in 1988!